New Yorkers hoping to grow their own cannabis might do themselves a favor by reading Cannabis Grower’s Handbook – a new book from cannabis expert Ed Rosenthal.

His passion and expertise for growing cannabis go way back. Since the 1960s, Rosenthal has steadily made a name for himself as a cannabis growing expert and political activist. By the 1980s, he had earned the nickname “Guru of Ganja” from High Times Magazine. In 1999 he was deputized as an officer of Oakland, California, in charge of cultivating starter plants. They were used by patients to grow their own cannabis following the 1996 passage of Prop 215, which legalized the medicinal use of marijuana in the state.

In short, his work shifted public opinion in favor of the legalization of marijuana.

Rosenthal is the author and editor of more than a dozen books on marijuana cultivation and social policy. The combined sales of his books exceed 1 million copies. Cannabis Grower’s Handbook, written with co-authors Dr. Robert Flannery and Angela Bacca, hit the bookshelves in October. It’s set to become “the ultimate guide to cultivating marijuana and hemp.”

“This book is for everybody, and when I say ‘everybody,’ I really mean everybody,” Rosenthal said in an interview with FLX420 Magazine. “We wrote the book assuming that whoever was reading it knows nothing. The first chapter starts with the basics, and every chapter builds on that foundation.”

Cannabis Grower’s Handbook incorporates the abundance of new research conducted on cannabis cultivation, genomics, medicine, processing, and use, to provide an encyclopedic and up-to-date overview of growing marijuana and hemp. The book offers in-depth instructions for cultivating all cannabis flowering varieties, including hemp-CBD varieties.

Cannabis Grower’s Handbook is organized into this list of chapters.

If there was one takeaway for readers of his book, Rosenthal hopes it is to inspire more people to actually grow their own cannabis plant – because it’s well worth it, he said.

“If you love gardening, you’re going to love growing cannabis,” Rosenthal emphasized. “It’s such a vigorous plant. It wants to perform if you give it everything it needs. And it’s much like tomatoes. There is nothing like a homegrown tomato. And there is a reason for that. When you grow your own tomatoes, you get to pick them at the ideal moment for consumption. Farmers who sell tomatoes to wholesalers have to pick it before that point.

“They have to pick it when it’s green,” he continued, “otherwise it would be tomato soup by the time it made it to a grocery store. But by doing that, you miss out on the sweetness, that tang, that you would get if you let it keep growing for a bit and picking it at the perfect time. Cannabis is just like that. The best experience is with the plant you grow yourself.”

The Guru of Ganja also touched on what many consider to be a very exciting time in the cannabis industry: today. Nearly 40 percent of Americans live in a state where they can legally grow their own cannabis. While the benefits of marijuana have long been known by scientists, doctors, and the general public, those who grew it, sold it, and smoked it have been subjected to large fines and imprisonment due to widely held misconceptions that it was a dangerous drug.

Rosenthal notes that while it is good to see legislative progress being made, it’s progress that is long overdue and, in many instances, not equitable. In Nevada, for instance, it costs $50,000 to establish a medical marijuana license. In Oklahoma, it costs only $2,500. It’s evidence, he says, that the industry still has a ways to go to make this something everyone can do.

“The legalization of cannabis is incredibly important because no one should ever go to jail for selling or using marijuana,” Rosenthal explained. “Those who have should be reimbursed and made whole. But what really makes no sense to me is why you need to pay so much money to grow your own cannabis. It should be like any other plant. If the cannabis you grow meets a certain quality standard and is safe to consume, what’s the issue?”

“There are medical uses for cannabis that are still being discovered today,” he points out. “For so long, people thought marijuana was a gateway drug for opioids and other harmful substances. The irony is that those drugs are a gateway to using cannabis as a medical solution. No one has ever died from Cannabis use. Not one. People died in water-drinking contests, but one has died from cannabis. So, anyone who uses it can know it’s completely healthy.” 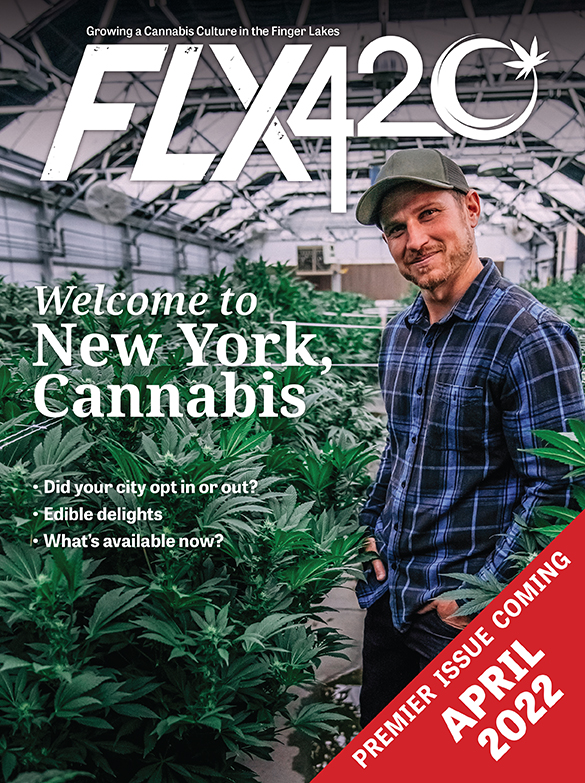